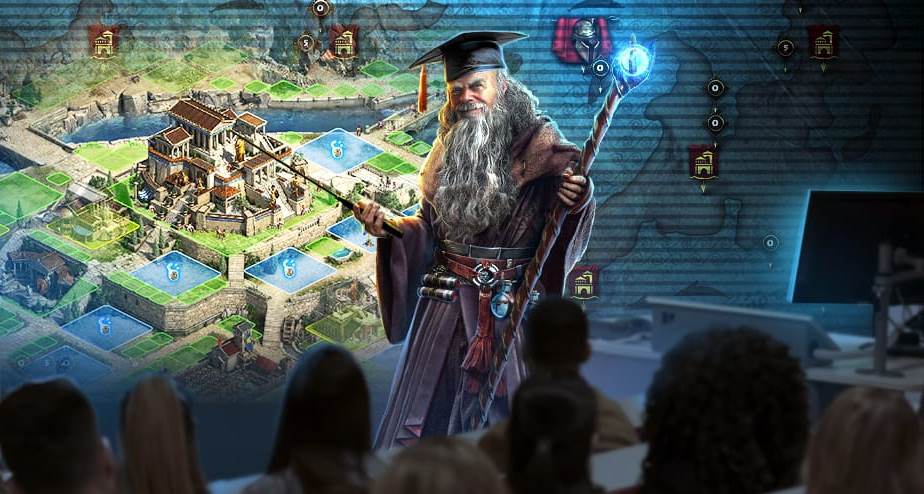 Chapter 5 - The Role of Video Games in Education

New information technologies today, their transcendence and applicability to every moment or instant of people's daily lives in society, has permeated all social aspects. Technological progress in the field of video games has evolved to reach virtual reality and it was only a matter of time before they broke through as part of the learning process in schools. In fact, this stands in contrast to the use of computers and tablets that educational institutions provide as a key part of students' learning process.

At home, however, children, adolescents, young people and adults in general have video consoles and technological devices for leisure that are no longer frowned upon by parents and teachers because each game entails ludic teaching that generates cognitive routes that activate, motivate and discover new knowledge pathways. The aim of this document is to demystify the use of videogames and to propose certain key elements that will favor the educational development of students in order to support growth and applicability to all areas of student growth.
More...

In the last two decades, content consumption and leisure habits have changed radically. Games, fundamentally those that are computer-based, have become some of the preferred entertainment activities, a fact that is clearly reflected by the economic impact generated by the video game industry, with a global market share of 70% compared to 17% for other entertainment and leisure-related industries (De Prato, Feijoo and Simon, 2014). In fact, the gaming industry along with the development of new technologies has become a means of mass consumption par excellence in recent years. China, which ranks first in this market, went from investing $USD 27.15 billion in 2011 to $USD 368.10 billion a year later (Ström and Ernkvist, 2014) followed by the United States, Japan, South Korea and Germany, which remain on the upward production curve within the industry.

With this in mind, the link between video games and education has remained equally present in technological development, thus seeking to adapt to new student demands and competencies, in addition to the requirements of the labor market. Therefore, its implementation in the teaching practice outside as well as inside the classroom has implied a re-evaluation of the curricular contents and a valuation that is progressively more open to the use of alternative techniques such as blended learning, massive online courses and, of course, the progressive inclusion of serious games, game-based learning and gamification.
More...

The chapter takes an exhaustive look at the role of video games in education, specifying the common characteristics of video games, delving into interaction, narrative, playability, sense of immersion, aesthetics and their ubiquity, denoting them as essential when designing and configuring the recreational experience. Next, within the theoretical framework it is demonstrated that despite the reputation of video games established from the perspective of entertainment and leisure, they are also seen as educational tools generating benefits in cognitive and psychomotor skills. Culminating the theoretical framework, the pedagogical value of video games, their educational properties and relevant milestones are explored.

In the next section, some of the most important cases related to educational video games are analyzed. Minecraft Education, Fingu, Kokori, Dragon Box and GeoGuessr. This study reveals that most video games seek to position themselves in the niche of mobile platforms, including smartphones and tablets, similarly, as is the case with Minecraft Education, some commercial games have sought to make the leap into educational spaces, where there is a demand from institutions to encourage the use of video games in the classroom and where the objectives and their correlation with the academic content are more clearly apparent. Likewise, in addition to well-known development companies such as Mojang AB, Electronic Arts, universities themselves are also involved in the design and programming of educational video games, which is why the needs of students and teachers are known in greater detail and, therefore, their use in educational spaces is promoted.
More...

Regarding the real cases, the first was aimed at primary and secondary face-to-face education, highlighting the acceptance of games in schools through interviews with teachers, concluding with their gradual inclusion in classrooms. While the second real case is oriented towards online higher education courses, in which an activity is carried out based on the video game "we become what we behold", resulting in a critique of societal structuring and the impoverishment of viral content in the mass communication media.

In short, the role of video games in today's society is one of cohesion between the content taught and new generations. Therefore, special attention should be paid to their short and long-term effects.