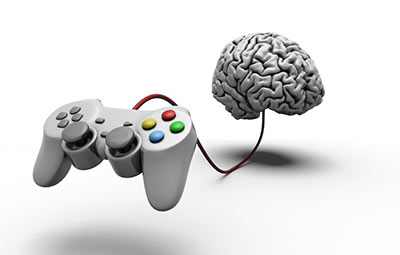 This Section provides access to an Online database of:
• The best educational Videogames and mobile apps available on the market
• The most suitable Videogames and Apps that, even if not specifically designed for educational purpose, can be used as teaching or learning tools with students

Videogames and apps are categorized, analyzed and assessed in order to provide the teachers with all the necessary information and hints to make full use of the Videogames and Apps in teaching contexts.
Partners' Institution
Kaunas University of Technology
Author
Neringa Kelpšaitė

Use in Educational contexts

Degree of required tutoring
Use only through supervision
Subjects involved
History, Math, Natural Sciences, ICT, Chemistry, Geography, Languages, Physics, Technology, Literature, Arts and Music
Other
Coding, IT, etc.
Educational Potential
Minecraft: Education Edition is an open-world game that promotes creativity, collaboration, and problem-solving in an immersive environment where the only limit is users imagination.

What the player can do:
- Collaborate on projects with classmates.
- Document work and share in class.
- Personalize game.
- Effectively communicate learning objectives in-game.
- Play in secure environment along with classroom community.
- Ask helpful guides for more information, including digital resources.

Learning Object / Suggested activities with students
In the main link is shared lesson plans, which can be used by anybody (https://education.minecraft.net/lessons/verona-adventure/):

Here is one:
VERONA ADVENTURE
14-18 yrs old, Reading and Writing, Dramatic Arts/Theater
Students have to determine who is at the center of new fighting between the Montagues and Capulets.

Guiding Ideas
What happens years after the deaths of Romeo and Juliet? Did the inhabitants of Verona truly forgive one another? The Shakespeare classic, Romeo and Juliet, leaves readers with a city previously plagued by the constant fighting of two powerful families. If the fighting ends abruptly how does Verona begin to function in this new peace? Students explore these ideas through an adventure that ultimately leads to an argumentative essay in which they attempt to regain their freedom.

*World created by Simon Baddeley
Student Activities
1. Show students the trailer for the Verona Adventure. https://youtu.be/MjkNN1cJyCE
2. Tell students the adventure will lead to an argumentative essay and that collecting evidence is key. Also, let students know that all of the information they need is in the game (including rubrics & outlines). *As a teacher, you can create your own rubrics and outlines- simply alter the commands for the NPCs in the jail (Globe Theater) to reflect the websites of your materials.
3. Have each student download the world and work through the adventure individually. The directions for the adventure are indicated by the Chorus where they first spawn. (Directions: Explore Verona, use the camera and portfolio to collect evidence, report to the Chief Watchman when they have uncovered who has once again started the fighting between the Capulets and Montagues.)
4. Give students time to explore (approximately 90 minutes), talk to characters, collect evidence, etc.
5. When students think they have solved the crime, they will go to see the Chief Watchman in the Globe Theater (also stated by the Chorus in the beginning directions).
6. Anyone who claims to have information will be thrown in jail as a suspected criminal because they are carrying gold (which a number of NPCs will give them throughout their adventure) which is from the destroyed statue.
7. Students must then talk to the two NPCs in jail as they give details as to how to become free. The only escape is an argumentative essay, in which students must state their innocence and give evidence as to who they think the criminal mastermind may be. *Spoiler alert: All clues point to Prince Escalus (who started the fighting because it was good for business), or E as he is often called. Prince Escalus is not an NPC in the world and thus they will not be able to get a photo of him. However, there are a number of NPCs that Escalus has hired to create a bit of mayhem.

Skills and competences acquired
- Assess and reflect. The camera and portfolio allow students to take screenshots of their work and document their progress.
- Immersive Learning. Non-Player Characters act as tour guides in the game, extending learning by linking to additional resources.
- Classroom Collaboration. Students can work together in pairs or groups simply by joining their classmates’ world.